Since 2008, we have identified more than 800 dolphins in the Roanoke Sound and surrounding sounds! Through a combination of dedicated and opportunistic photo-identification surveys, we monitor dolphins that use Roanoke Sound from May through October. Many of these dolphins are frequently seen in Beaufort, North Carolina during the winter months. These dolphins are part of the Northern North Carolina Estuarine System Stock. A stock is defined as a group of individuals of the same species living in a common area that interbreed. This stock ranges from Beaufort, North Carolina in the south to southern Virginia and the lower Chesapeake Bay in the north. Much of our current research is focused on defining the northern range of the dolphins observed in the Outer Banks.

Some of our most commonly seen dolphins during the summer months in the sound are: 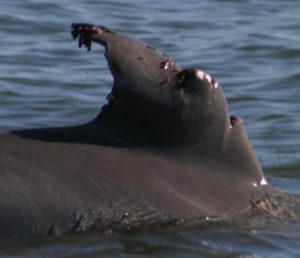 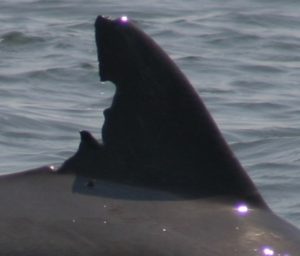 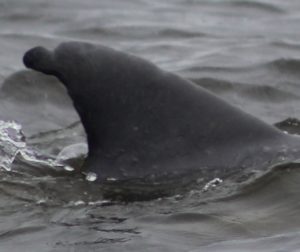 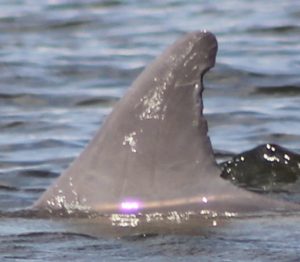 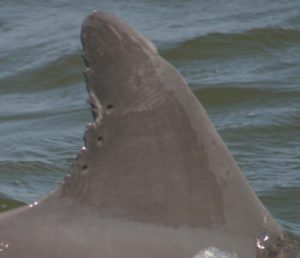 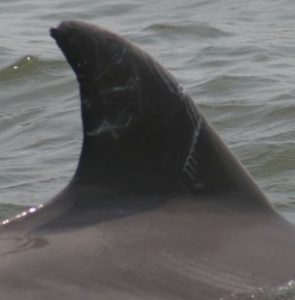 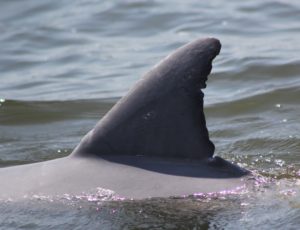 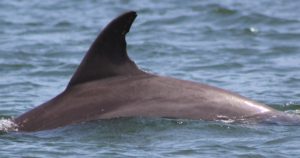 In 2013, coastal bottlenose dolphins along the U.S. east coast experienced an Unusual Mortality Event (UME). In the Outer Banks, NC 27 dolphins stranded along the oceanside beaches during the month of August. Additional information about this event is available here. To report a live or dead dolphin, whale, porpoise, or seal, please call The Outer Banks Marine Mammal Stranding Network at 252-455-9654 and provide the following information:

1) Your name and phone number

5) Approximate size/how many people would it take to lift it?